How does Action Netball work? 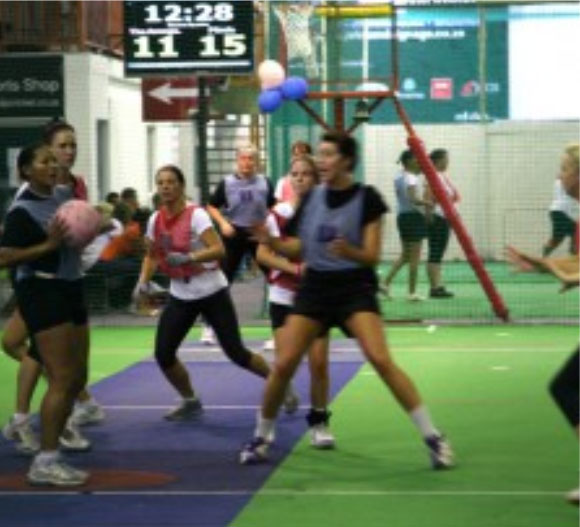 Action Netball is played indoors for your comfort and convenience. Action Netball courts are surrounded by netting to keep the ball in play at all times. The rules are similar to those of outdoor Netball, except that the nets become an integral part of the game. This adds to the excitement of the game and ensures that every person who has the opportunity to play, will get thirty minutes of aerobic exercise while having fun!

It’s guaranteed that once you try it you will love it and you will have found an excellent way to exercise, release tensions and socialise. Action Netball is the perfect way for people with busy schedules to take a short break and exercise while having fun!

We play Ladies and Mixed social or league games every Monday night. Whether you have a company team, some friends who would like to play, or even if it is just you that is interested, we are interested in YOU!!! 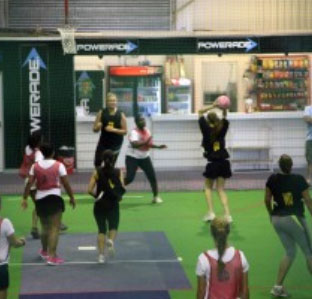 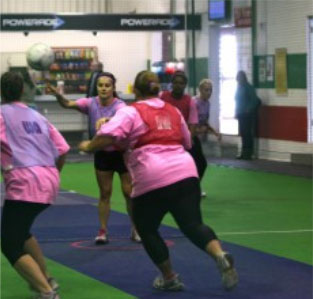 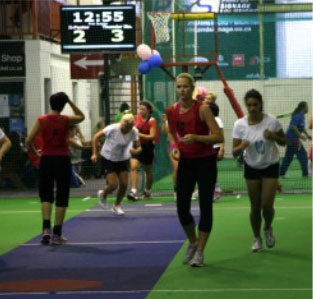